French started the quicker of the fighters and was picking his shots well, Medhurst soon found his rhythm and with only 43 seconds of the first round of the clock unleashed and overhand right knocking French to the canvas, not being able to beat the count, Simon Medhurst was declared the new WKO champion by knockout.

Head Instructor Matt Braybrook said, This was a fantastic night for us as a club, this is the 4th title we have won this year and we are putting Bexhill on the map for Combat sports. 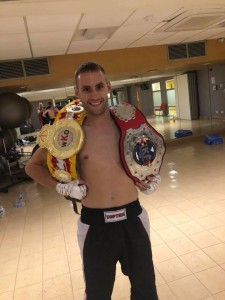